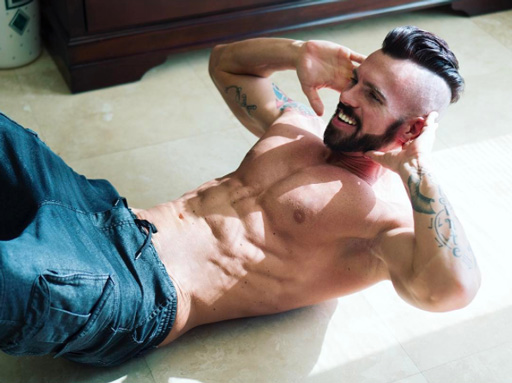 • Pretty fair to say Ryan Kelsey of the Chippendales (above) is ready for summer. Me? #MoreWine

• The Trump campaign has deleted all references to the now-infamous press release stating Donald Trump’s call for the “total and complete shutdown” of Muslims entering the United States.

• The Texas Senate will soon debate whether the state’s high school athletics organization should be able to disqualify a transgender athlete who is undergoing hormone replacement therapy.

• A Chechen fugitive reports that a gay 17 year-old was thrown off a 9th story balcony by his uncle in order to “wash the shame” from his family.

• Tom Holland, the newest actor to spin a web as “Spiderman,” pulls off a no-holds barred performance on Lip Sync Battle with full-on drag and dance to Rihanna’s “Umbrella.” Watch below.