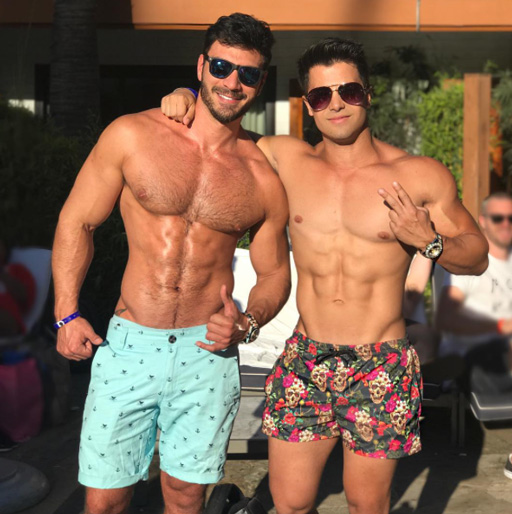 • Brazil in the 323! Rodiney Santiago & Hugo La Falcci are proof there’s something fabulous in the water down Brazil-way.

• A hideous TV host in France connected with gay men on dating apps with a fake online profile, called them up while on air, and asked them to describe their sexual fantasies without revealing over a million viewers were watching.

• President Trump’s upcoming budget proposal will include a request to cut 25% of the budget for food stamps (Supplemental Nutrition Assistance Program.

• You have watched Season 2 of Netflix’s sci-fi series SENSE8, right?