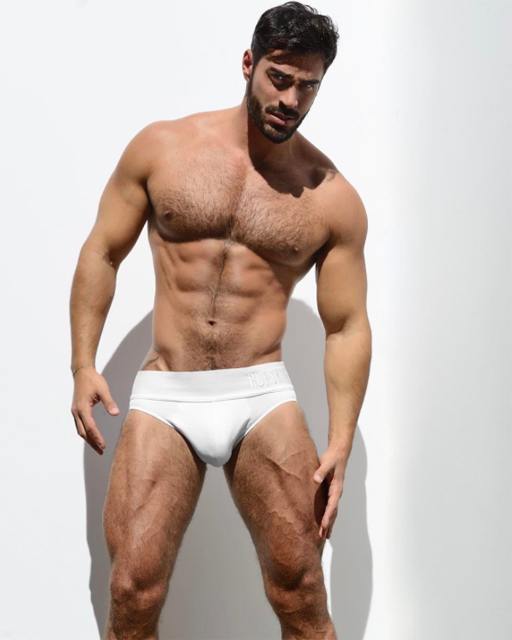 • A bit of Man-Crush Monday (above) with Rodiney Santiago (photo credit: Jeffrey Beasley).

• Very interesting dialogue between two long-term HIV survivors who have polar opposite views on longterm survivorship, Mark King and Sean McKenna. I really recommend reading it.

• Researchers from the University of Toronto Mississauga say they may have a clue as to what might make a gay man a bottom. According the scientists, tell-tale signs include having an older brother and being left-handed. Additionally, the preference could be linked to the amount of prenatal testosterone they received in utero. Interesting stuff! Read more here.

• Neo-nazi adviser to President Trump, Sebastian Gorka, will be leaving the White House in the aftermath of his “PhD” being exposed as fake. The professor who discovered Gorka’s fake doctorate has said the degree “is as real as one issued by Trump University.”

• Check out this terrific Star-Spangled Banner moment – Game 3 of the Stanley Cup playoffs between the Ducks and Oilers in Edmonton, and the performer’s mic has a technical prob. So, he gets the whole place, Canadians and all, to sing our National Anthem. #Awesome

An incredible moment
When the mic doesn’t work, the crowd takes over & belts out The Star-Spangled Banner…
…In Edmonton
🇺🇸🇨🇦 #StanleyCup pic.twitter.com/pWvrlknbV6