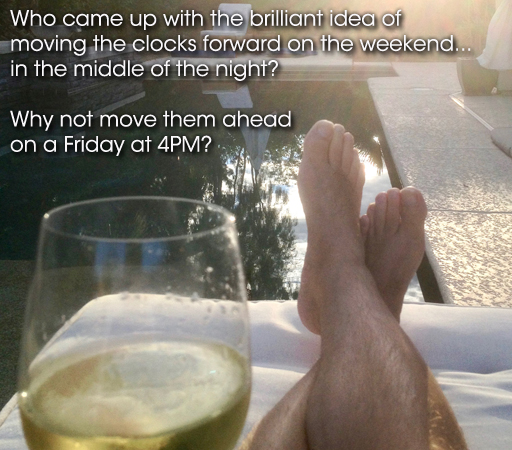 • Don’t forget to turn your clocks forward early Sunday morning. Of course, I have my own thoughts on the subject above.

• Arnold Schwarzenegger is trolling President Trump with rumors of a possible run for U.S. Senate in 2018.

• The Washington Blade, which the New York Times rightfully calls the “newspaper of record for the LGBT community,” is set to launch a west coast sister publication, the Los Angeles Blade.

• The Office of Government Ethics isn’t happy with the White House deciding to let Kellyanne Conway off with just a slap on the wrist after promoting Ivanka Trump’s merchandise line at Nordstroms.

• With a shortage of Catholic priests, the Pope signals he may be open to allowing married men be priests.

• Out singer/songwriter Wrabel follows up his hit “11 Blocks” with new single, “Bloodstain:” “I’m used to wearing my heart on my sleeve but this time it’s bleeding. I would rather love and bleed than never feel love at all.” Watch the lyric video below.