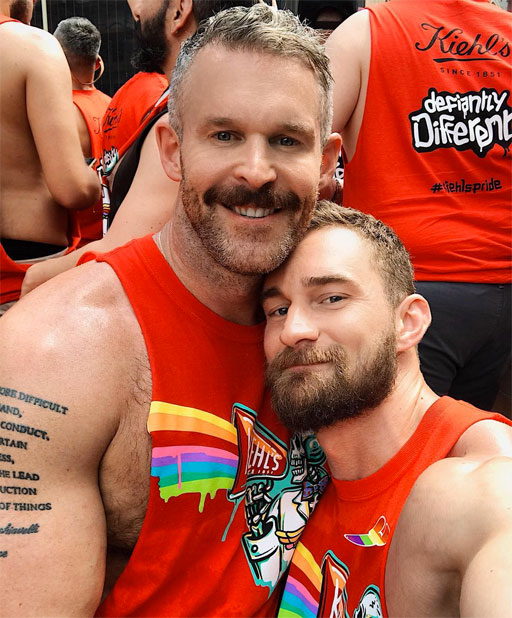 • A jury sentenced a gay man to death rather than life in prison because he’s gay and “we’d be sending him where he wants to go.” #Homophobes

• CBS News reporter David Begnaud, who has received widespread praise for his extensive coverage of the aftermath of Hurricane Maria in Puerto Rico, quietly came out publicly on Sunday tweeting a picture at a dinner with his partner, Jeremy: “Reporting the truth includes my own.”

• A new bill in Ohio would require teachers, doctors and government officials to notify parents if a child ever acts “in a manner opposite of the child’s biological sex.”

• NBC News reports that Defense Secretary James “Mad Dog” Mattis is on the outs with Donald Trump because the Donald thinks Mattis “looks down on him.”

• Cher snuck into Chicago this past weekend to check out preview performances of the upcoming Broadway musical based on her life, The Cher Show.

What did she think? Always a straight-shooter, the Oscar winner said, “Some parts of it are really fabulous. We’re going to work on the other parts. In many parts, it was much, much better than I thought it would be. And there were no parts where I wanted to gouge my eyes out.”

This weekend, we had a visit from the legend herself. 🙌💋 pic.twitter.com/JIbsNI0yRW