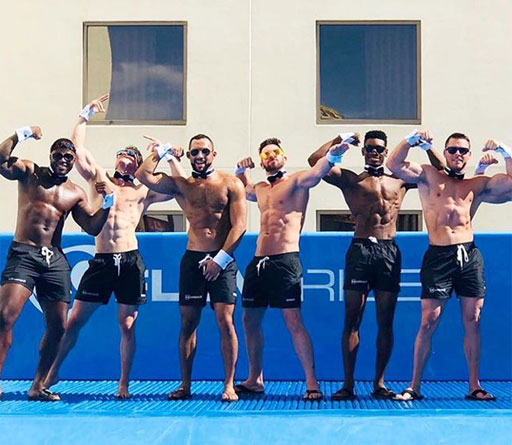 • It’s heating up here in Las Vegas, but you can trust the Chippendales (above) to always keep cool as they dress for success.

Proud to introduce the PrEP Access and Coverage Act today, my new bill to:

✅require all health care plans to cover PrEP, follow-up visits, and tests with no out-of-pocket costs
✅expand access to PrEP for those uninsured
✅prohibit insurance discrimination against PrEP users

• Grammy Award winning artist Daya drops her latest single, “Left Me Yet,” from her upcoming album.

In the music video, the openly bisexual singer/songwriter dances her way through self-criticism and doubt as the dance/pop bop grooves along to electronic beats.

“I push you away, why do I do that? / Impatient, but you’re patient with me / I’m surprised you haven’t left me yet.”

Raise your hand if you can relate 😉