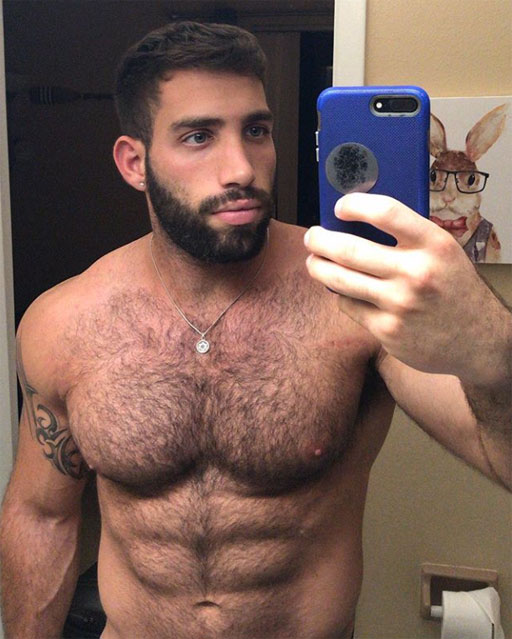 • InstaHunk and biologist Daniel Kfir (above) is serving up one serious selfie to start the week. #woof

• A new study in Italy shows children of gay and lesbian couples showed fewer psychological problems than those of heterosexuals.

• Over the weekend, a straight teen who was ejected from the iconic Stonewall Inn in New York City bashed in the front window with a baseball bat. See? Straight parents… #asshole

• Donald Trump’s personal driver of 25 years is suing the president for 3,300 hours of unpaid overtime. The law suit is asking for $178,000. According to TMZ, the last time the driver got a raise, from $68K to $75K, he had to forfeit his healthcare insurance that was worth $18K. Once again, there’s the Trumpster screwing over the average guy.

• In a recent episode of Jerry Seinfeld’s Comedians in Cars Getting Coffee on Netflix, Ellen DeGeneres shares candidly about coming out 20 years ago and the severe impact it had on her career.

You’ll recall when the comedienne came out in 1997, ABC cancelled her sitcom. It was a rough ride from there.

“When I lost the sitcom, I didn’t work for three years solid until I got the show, the talk show,” DeGeneres tells Seinfeld. “I was bitter and sad and angry. How did this change everything, just by me being honest and saying I’m gay? Why is this such a shock to people? Why is it such a big deal?”

You can catch the episode on Netflix now.