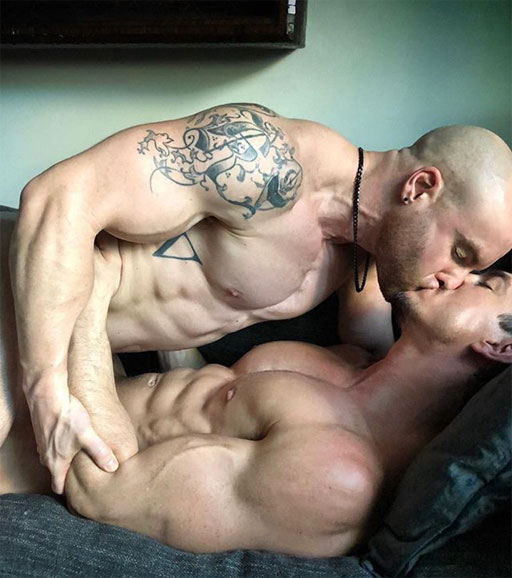 • I’m going to try this next time Michael is wrong and starts a disagreement – InstaHunks Rick and the Griffopotamus shared this pic today with the caption, “It was one of those Monday’s where every little annoyance felt like it would blow up into an argument. We decided to just keep our mouths busy doing other things… problem solved! #relationshipHack #husbands #lovewins #kiss #mondaymotivation”

• A gay couple in Ireland was attacked and brutally beaten by a gang of four young men. One of the victims suffered broken jaw bones, lost four front teeth and has nerve damage.

• Michael Cohen, Donald Trump’s former attorney and “fixer,” told ABC News that his loyalties lie with his family and country, not his former client.

• Congressional Democrats are asking the Pentagon why there was no official memo recognizing June as Pride Month nor was there any senior leadership at the annual Pride event. The concern is the lack of recognition marks a decline in LGBTQ support.

• Speaking at a rally for immigration reform this weekend, Rep. Maxine Waters (D-California) slapped back at Trump supporters calling for death threats against her:

“All I have to say is this: If you shoot me, you better shoot straight. There’s nothin’ like a wounded animal. I am not about to let this country go by the way of Donald Trump. How dare you? How dare you?”

‘If you shoot me, you better shoot straight. There’s nothing like a wounded animal.’ — Rep. Maxine Waters had a powerful message for those threatening her #FamiliesBelongTogetherMarch pic.twitter.com/yvLQqbVLKr