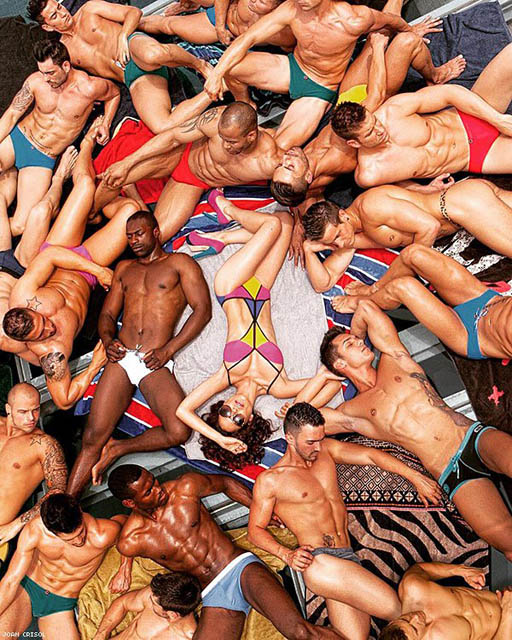 • Check out the Instagram account of acclaimed international photographer Joan Crisol (Rolling Stone, Zero, Playboy). Color, texture, and sensual staging are all front and center in his gorgeous imagery.

• Don’t miss the premiere of When We Rise, a four-night mini-series chronicling the journey of LGBT rights in America. The series begins tonight on ABC at 9PM ET.

• The father of slain Navy Seal William “Ryan” Owens refused to meet President Trump at Dover Air Force Base when Owens body was returned to his family. “I told them I didn’t want to make a scene about it, but my conscience wouldn’t let me talk to him,” Owens said Friday, speaking out for the first time in an interview with the Miami Herald. Owens has now requested an investigation into the events which caused his son’s death.

• President Trump’s family trips have cost taxpayers nearly as much in a month as President Obama in an entire year. Remember when he criticized Obama for “wasting” the taxpayer’s money?

• White House press secretary Sean Spicer is now conducting “random phone checks” with his staff in an effort to find the source of “information leaks” in the West Wing. Spicer recently called an “emergency meeting” in his office and when staffers arrived they were told to dump their electronic devices on a table to be checked for outgoing messages.

• This weekend 17-year-old Mack Beggs, a trans high school student from Euless, Texas, won the state wrestling championship in his weight class. Beggs was forced to compete, however, in the girls division due to the University Interscholastic League (UIL), which oversees high school athletics in public schools in Texas, which ruled he had to compete as the gender listed on his birth certificate. Parents are now upset that Beggs seemed to have an advantage over his female opponents thanks to his testosterone treatments. UIL rules only allow such substances to be used if they’re part of a medical treatment, which they obviously are. Beggs has stated he would prefer to wrestle in the boys category.