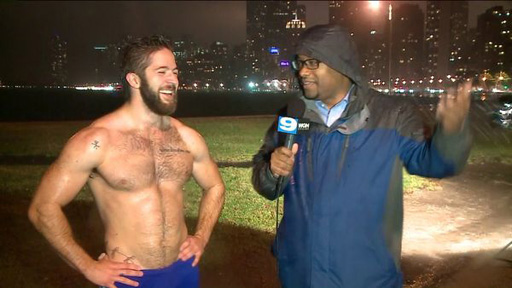 • “Otterly adorable” dude gets “discovered” by news reporter taking a shirtless jog in the rain.

• A judge in Baltimore declares mistrial in the case of the police officer accused of killing Freddie Gray.

• Oh, did you hear violent Philly gay-basher Kathryn Knott was found GUILTY of assault and a few other things? Share the good news 🙂

• This guy got 18 months in jail for performing oral sex on a passed out straight guy.

• Six Republican presidential candidates have pledged to make discriminating against LGBTs legal IF they become president. (Don’t worry – none of them will…)

• And speaking of Republicans – did you miss this week’s Republican debate from Las Vegas? No worries – CNN has the 90 highlights reel. Check it out below.