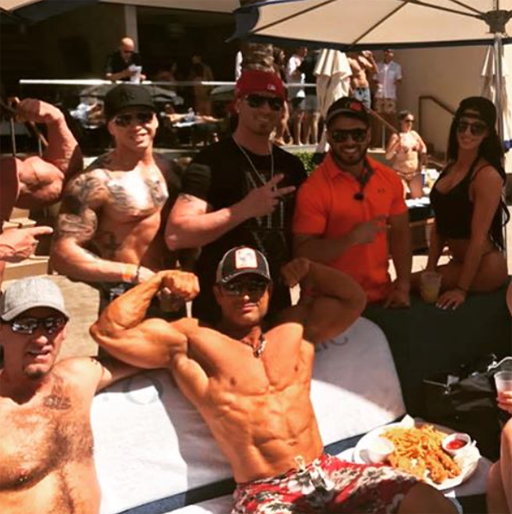 • It’s sunny skies for my buddy Alex Chavez (above) after he won his body building competition last week. Check out his serious gyming on his Instagram account here.

BREAKING: Szenja, a polar bear at #SeaWorld, has died. PETA believes she died of a broken heart after companion of 20 yrs was shipped away 💔 pic.twitter.com/dwr0Vm0vrR

• Folks are wondering why Mar-a-Lago is suddenly being promoted on a federal government sites?

• The Navy and Marines have issued new regulations that ban spreading nude images in the wake of last month’s photo scandal involving the Marine Corps.

• Caitlyn Jenner’s 20/20 interview in 2015, which delivered the news that the Olympic gold medalist is, in fact, transgender was a ratings bonanza. The interview drew 17 million viewers. Jenner’s followup with Diane Sawyer this past Friday was a bit of a bust bringing only 4.2 million sets of eyeballs and losing to a rerun of CBS’ Blue Bloods.

• Plans for removing four Confederate monuments by the city of New Orleans including having workers wear armor and stationing police snipers to keep watch for lunatic racists that might try to interfere with the removal.

It scary that workers are wearing armor in fear of being shot by racists who want them up. pic.twitter.com/umPJUyr3bo