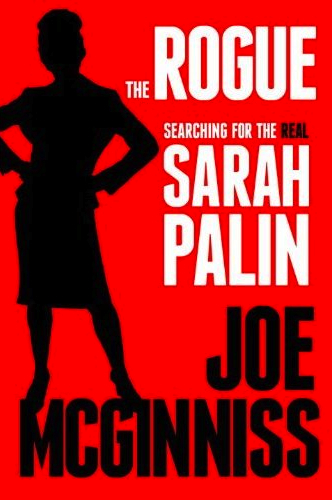 “This is a man who has been relentlessly stalking my family to the point of moving in right next door to us to harass us and spy on us to satisfy his creepy obsession with my wife,” Palin said. “His book is full of disgusting lies, innuendo, and smears. Even The New York Times called this book ‘dated, petty,’ and that it ‘chases caustic, unsubstantiated gossip.'”

McGinniss’ book, “The Rogue,” is set for publication next week and is the latest work from the bestselling author who first rose to national prominence with “The Selling of the President 1968,” which described the marketing of Richard Nixon during the 1968 campaign.

In early 2010 McGinniss moved to Wasilla, Alaska to begin research for a book about the 2008 GOP vice presidential nominee and rented the house immediately next door to the Palins.

It was expected that anything McGinniss wrote would be denounced by the Palins.

I haven’t read the book, but I’m certainly curious.

For those who are interested, check it out on Amazon.