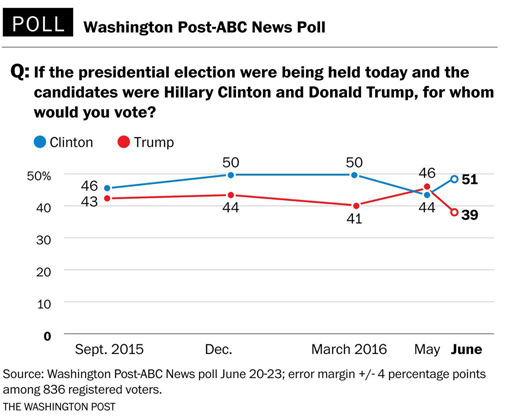 This is Clinton’s largest lead in Post/ABC polling since last fall, and a dramatic reversal from last month’s survey, which found the race nearly even, with Trump at 46 percent and Clinton at 44 percent.

The same poll showed President Obama’s approval rating at 56% — its highest level in Washington Post polling since May 2011, after the killing of Osama bin Laden.

Obama is more popular now than Republicans George W. Bush and George H.W. Bush in the waning months of their presidencies.