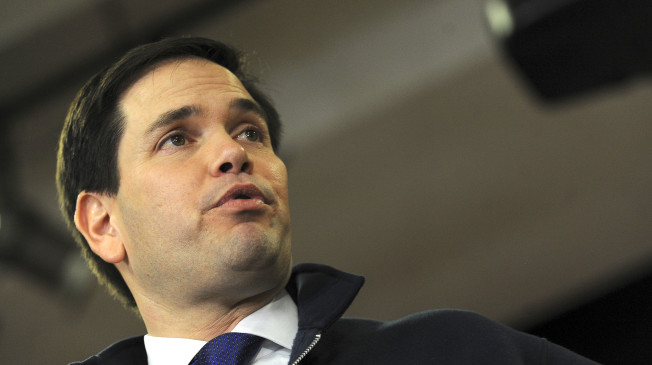 In the first new poll since former Gov. Jeb Bush dropped out of the race for the Republican presidential nomination, Donald Trump has a big lead over Sen. Marco Rubio in the state of Florida.

It goes without saying that Rubio represents Florida in the U.S. Senate.

This is very bad news for Rubio.

The survey, by Quinnipiac University, shows Trump leading Rubio 44-28 percent less than three weeks before Florida’s March 15 primary. And voters — tens of thousands of them — are already casting ballots by mail, which leaves Rubio very little time to make up the deficit against the Republican front-runner.

“If Sen. Rubio can’t win in his own home state, it is difficult to see how he can win elsewhere,” said a statement from Peter A. Brown, the poll’s assistant director.

It’s worth noting that the Florida Republican primary is “winner take all.” So Rubio’s current trend of coming in second will do him no good in this scenario.

Contrast this news with the RealClearPolitics Texas GOP poll averages showing Sen. Ted Cruz leading in HIS home state of Texas over Donald Trump and Rubio by about 7%.