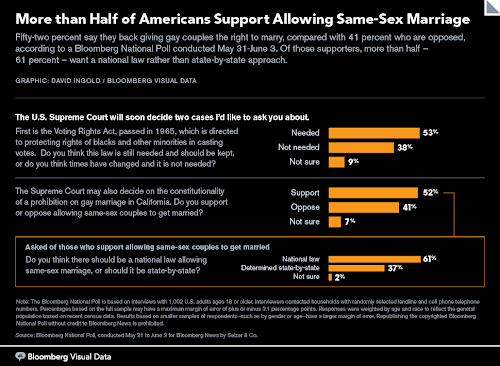 Fifty-two percent of Americans say they back giving gay couples the right to marry, compared with 41 percent who are opposed, according to a Bloomberg National Poll conducted May 31-June 3.

Of those supporters, more than half — 61 percent — want a national law rather than a state-by-state approach.