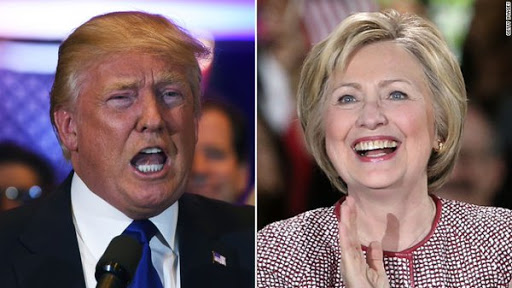 After what was arguably Republican Donald Trump’s worst week in his run for the White House, Democrat Hillary Clinton has opened up a 6 point lead over Trump in the latest POLITICO/Morning Consult poll of likely voters.

With only five weeks left in the campaign, Clinton leads 42-36 in a four way race that includes Libertarian Gary Johnson (9%) and Green Party candidate Jill Stein (2%). This represents seven point swing for the Trumpster – heading into the first presidential debate, he was leading by one point in the same poll.

In a head-to-head race between Trump and Clinton, Clinton leads by seven points, 46 percent to 39 percent.

Part of the dramatic change appears due to Trump’s attacks on former Miss Universe, Alicia Machado. Of those polled, 74% said they had heard about the flap between the billionaire and the beauty.

Fifty-five percent of women said it gives them a less favorable view of Trump, and 43 percent of voters said the incident makes them less likely to support Trump.