Out singer/songwriter Sarah Barrios recently released her second single of the year, “Aftermath Of You,” a real banger led by raucous guitar solos and Barrios’ party-all-night vocals.

“This song is about two people who are so similar they seem like soul mates, but when you put them together, they burn the whole world down,” Barrios explains.

“I write most of my songs with a visual in my head and the artwork for this song was exactly how I pictured these two characters and this song coming to life,” she added. 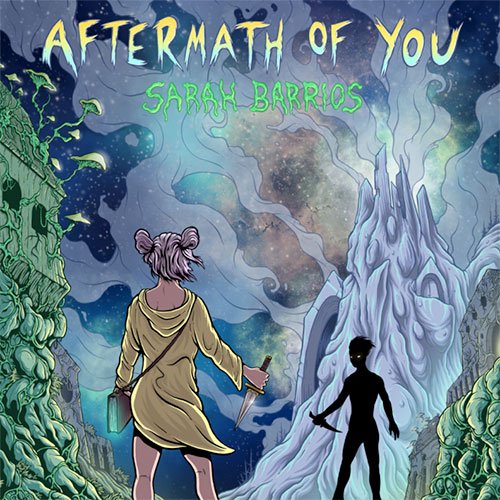 “Aftermath of You” is from her upcoming 3rd EP scheduled for release later this year.

Growing up in the small town of Torrington, Connecticut with her parents and two younger brothers, Sarah’s childhood revolved around music having picked up the guitar at age 13.

Soon discovering songwriting, she instead kept it to herself for catharsis. “I’d play on the bathroom floor because of the acoustics. Writing my feelings down to music, all I did was play guitar and sing, every hour of every day.

The indie artist has developed nearly a million followers across social media thanks to her unique take on the rediscovered pop-punk sound coupled with her fun, infectious personality.

Related: Out Music – Sarah Barrios ‘Thank God You Introduced Me To Your Sister’

Barrios notes at the top of the new music video: “We only had 150 dollars in budget for this music video. So I decided to go to Dave and Busters and get drunk with my brother Jonah. This is the music video LOL.”