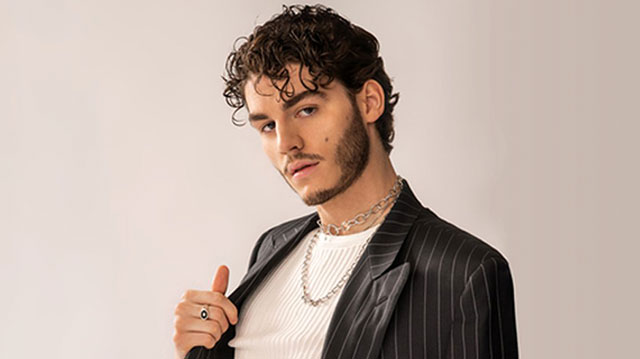 Out singer/songwriter Ryland James serves up this soulful take on losing a bit of ourselves when we love someone too much – “I Give Everything.”

The track builds with a smolder until Ryland reaches the chorus and drops that heavy beat echoing the full, unfiltered passion of a man in love.

“I Give Everything” is a song I wrote early on in my relationship about falling in love for the first time,” says the platinum-selling artist. “I was completely immersed and infatuated with the intensity of the feelings I was experiencing, but I was also fearful of losing myself in the process somehow.”

Ryland’s straight to the heart lyrics embody that push-pull between the simultaneous acceptance of – and resistance to – pure passion.

Take a listen to “I Give Everything.”

In 2019, Ryland emerged on the global stage with his breakout single “In My Head.” It notably soared to #1 on Shazam Canada’s Top 200 chart and went platinum in Canada.

Along the way, he fell in love for the first time and publicly came out. In June 2021, he released his single “3 Purple Hearts” which chronicled how he met his boyfriend online thanks to a romantic response to an Instagram post.

Ryland promises the new single is just the beginning of new things to come in 2022.