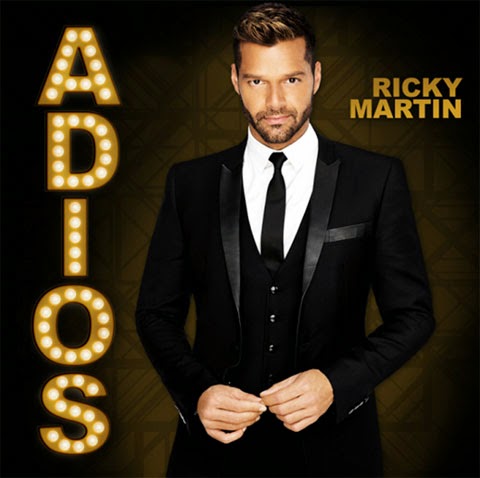 Take a listen to Ricky Martin‘s new single, “Adiós,” to be released tomorrow on all digital platforms.

(Although, to be honest, when you have a promo pic this good, I almost don’t need to listen. Just let me stare for a while. Geez, he’s good-looking….)

“We chose “Adiós” because it represents who I am today. The title is a reference to the opening of another cycle,” Ricky Martin said of the first single off his anticipated new album, scheduled to be released at the beginning of next year by Sony Music Latin.

A week after the release of “Adiós”, Martin will kick off a concert series called “Live In Mexico” with two consecutive concerts at the Palacio De Los Deportes in Mexico City on October 3 and 4. The tour will continue on to Mexico’s main cities including: Guadalajara, Monterrey, Ciudad del Carmen, Puebla, Morelia, among others.

For more about Ricky hit up the official website at rickymartinmusic.com