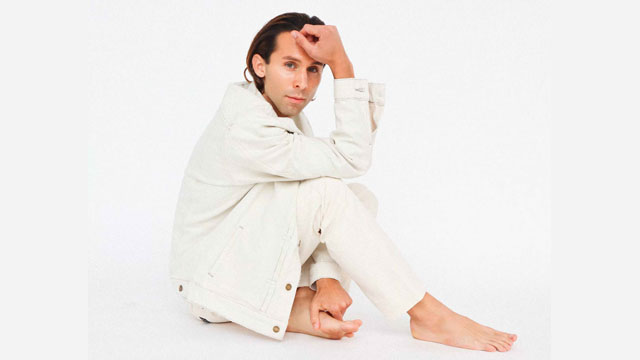 Romance on the Mediterranean shores was the inspiration for “Amore,” the latest release from out singer/songwriter NIKO.

Tribal beats, infectious synths, and effortless vocals come together for an evocative musical journey. Switching seamlessly between Italian and English, NIKO serenades the listener about falling in love on a hot summer night.

“The idea for the song came when I was reminiscing about Italian summers, and how intense a seasonal romance can feel,” says NIKO. “Summer loves are always fleeting, but you are tricked into thinking that it’s real love because the passion is super strong.”

The collaboration, with producer Joakim Buddee, was truly an international affair with writing, recording and production taking place between Stockholm and Los Angeles. The duo was influenced by artists like Robyn and Britney Spears to create the captivating summer anthem.

Born in Italy, NIKO grew up in a household where the radio was always on and his love for music was informed by icons such as Madonna, Britney Spears and George Michael.

Fueled by his passion, NIKO formed a band and started performing in local venues in Milan. But it wasn’t until he experienced nightlife that he discovered a love for dance music. A new door opened, and he started working with DJs as a vocalist.

After moving to the U.S., NIKO launched his career as an indie artist releasing his first EP RMNC 21 in 2019, a collection of songs inspired by love and lust. He now resides in Los Angeles where he’s working on his upcoming releases, crafting an uplifting soundscape inspired by European pop, immersed in the California sunshine.

You can find my previous coverage of NIKO and his music here. Follow him on Instagram here.