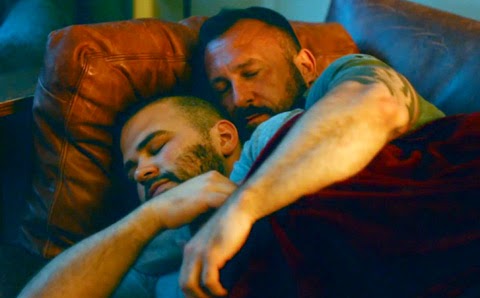 Really quite wonderful. Great production all around, and the music is terrific.

Keyboardist Mike “MRF” Flanagan, the title artist, is quoted in the press materials:

“This is the most personal song (and favorite) I’ve ever written, so I wanted the video to be the same.

“It was also really important to me to give visibility to the bear community in a jazz/urban/mainstream song and in a light that captures the love and relationship side as well as the heartbreak/breakup side. I’ve never seen a video that depicts a breakup with bears in the narrative.

“My goal was to embody the beauty of the normal parts of a relationship; intimacy and day-to-day and what “trying” to grieve that feels like visually and musically.

“My mission is for this story to reach as many people as possible and hopefully open the eyes of many who have never seen or thought about this kind of narrative.”