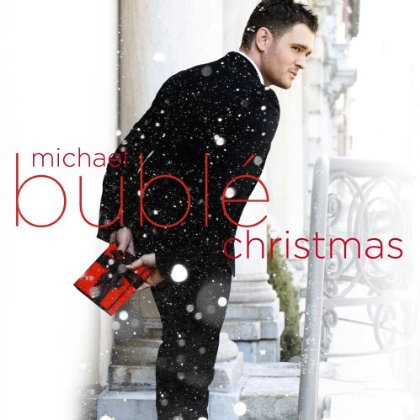 Michael Bublé has a special holiday gift for his naughty and nice fans. The Grammy Award winning crooner presents “Christmas.”

Christmas, produced by David Foster, Bob Rock and Humberto Gatica, was recorded primarily at Capitol Recording Studios in Hollywood and The Warehouse Studios in Vancouver. The album includes guest performances by Shania Twain on “White Christmas” and The Puppini Sisters on “Jingle Bells.” Bublé also put his unique take on such classics as “Silent Night,” “Have Yourself A Merry Little Christmas,” “It’s Beginning To Look A Lot Like Christmas” and “Santa Claus Is Coming To Town.” In addition, a Bublé original “Cold December Night” will be included on Christmas.

I got to meet Bublé a few years ago at an Academy Awards party, and he was very charming, very nice and uber talented. At one point in the party, super-producer David Foster invited him to get on stage and sing, and Michael gave an impromptu performance that was terrific. I had been a fan before, and was even moreso after.