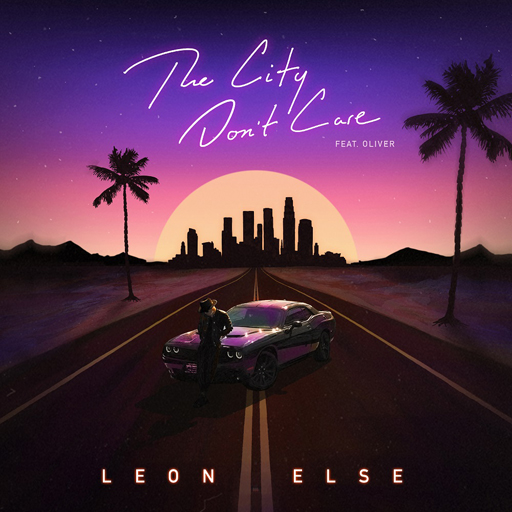 British singer/songwriter Leon Else, follows up his 2016 hit singles “Black Car” and “Dance,” with his new track, “The City Don’t Care,” featuring Oliver.

Else, the man Elvis Duran says “is about to be a star,” says he wrote the song based on his experiences in Los Angeles.

“There is a fine line between dreams and nightmares, and I felt like I was experiencing both. So I wanted to do a song that musically felt like I was driving through paradise — the sun setting, the pink skies, the palm trees over the ocean, the city in the distance — but, lyrically, I wanted it to be about the dark side, the lonely side, and the deceiving side of the city; everyday being the same old shit.”

I love the visual. Before I even read the quote, Else’s new song reminded me of a sequence from the 1980s hit TV series Miami Vice that featured Don Johnson racing through the streets of Miami to the tune of Glenn Frey’s “You Belong to the City.”

This being about LA, the vibe here is more laid-back.

I like the rich 80s synth vibe set against the melancholy of the lyric.

I guarantee you’ll be hearing this at afternoon pool/beach parties this summer.