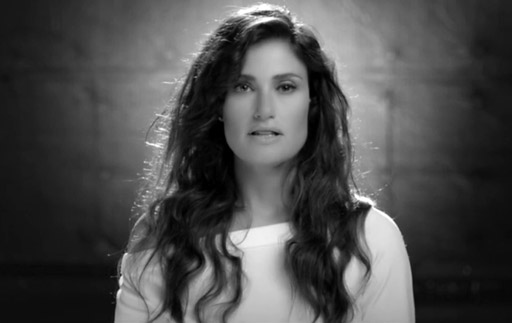 Menzel stayed up late on September 4th to share a special live premiere of the song from a NYC rooftop via Facebook Live:

“Thanks for staying up late, wherever you are in the world…I just want to say thank you for being so supportive all these years,” she tells fans.

“We’re here at the Skylark Rooftop in the most beautiful city in the world. This is my hometown city. I’ve been working on this album — I’ve had a crazy couple of years. Some good stuff, some bad stuff, and I got in the studio and poured my heart out and used my music as a place to figure things out. It’s a really personal album,” the Wicked/Frozen star shares.

The album is currently on pre-sale on iTunes, and will be released on September 23.

Menzel is currently filming a television remake of the Bette Midler movie, Beaches.