Cleveland-based singer/songwriter Chayla Hope drops the new video for her latest single “Falling,” an ode to the all-too-familiar feeling of instantly connecting with someone, only to question whether or not to blame it on the alcohol.

“We wanted to play on people’s expectations because, at its core, pop can be subversive and fun,” Hope explains of the video directed by Zachariah Durr. “And sometimes that fun looks like a pair of platforms, rhinestone-studded suits, and a puppet devouring a male model whole.”

That male model, Rubeen Salem, is definitely worth the watching, by the way 🙂

The track starts low-key and holds onto a sexy, edgy vibe as the song builds to climax. Hope’s vocals are impressive showing early restraint but knowing exactly when to let it go.

The whole endeavor has an intriguing allure with a touch of Lady Gaga subversiveness.

A proud member of the LGBTQIA+ community who found her performance identity doing drag, Chayla was selected to sing the theme song for Care Bears: Unlock The Magic.

Additionally, she has numerous features in the show’s soundtrack and merchandise, embodying its core themes of empowerment, inclusion, and self-understanding through her music.

Chayla says she learned to overcome obstacles like heartbreak and trauma by dressing up, performing, and powering through by sheer force of her artistic and creative vision. Long fascinated by the juxtaposition of happy music masking sad lyrics, she’s drawn to the complicated nature of human experience through its most common facet: our feelings. 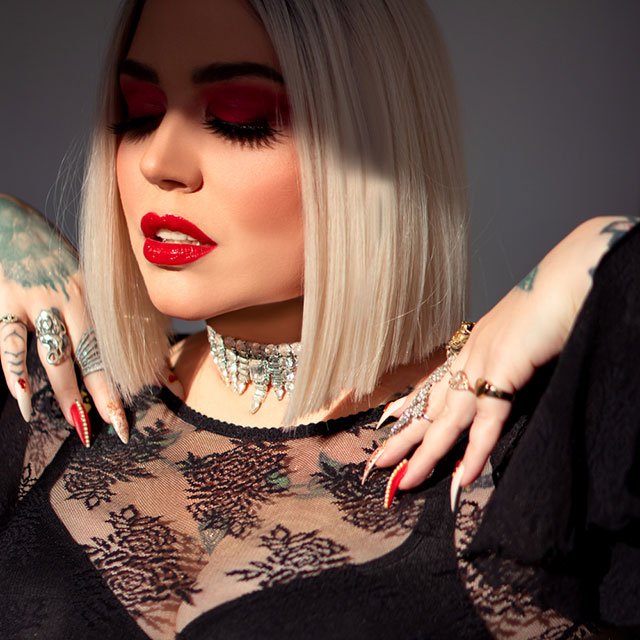 In May, Hope released her infectious single “Love in Lo-Fi.”

“Falling in love will forever remind me of dancing,” says Chayla of the video’s inspiration. “Whether it’s with a person, yourself, or your dreams, when you’re in it, your pain disappears and you get to enjoy the feeling of being alive.”

Hope will make her live debut on Friday, July 22nd as a part of Greyt Culture’s Golden Hour concert series in Cleveland.