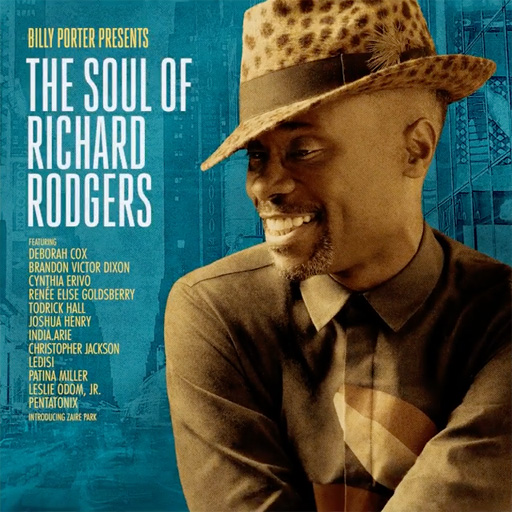 On this project, Billy is not only the artist but serves as “Producer/Content Curator” on the album.

The album, which features new, soulful takes on classic Richard Rodgers songs, includes solos and duets featuring some of today’s most compelling artists.

The complete track listing for Billy Porter Presents The Soul of Richard Rodgers is as follows:

3. If I Loved You (Renée Elise Goldsberry & Christopher Jackson)

4. With a Song in My Heart (Brandon Victor Dixon & Joshua Henry)

5. I Have Dreamed (Patina Miller)

8. This Nearly was Mine (Deborah Cox)

“I like to think of this as the Richard Rodgers version of the Hamilton Mixtapes,” Porter said. “These are classic songs that everybody knows and loves, and I’m so excited for people to hear them in a brand new way.”

This is Billy’s fourth album following the previously released Untitled, At the Corner of Broadway + Soul – LIVE, and Billy’s Back on Broadway.

Check out a few tracks from Billy Porter Presents The Soul of Richard Rodgers below, including Tony Award winner Cynthia Erivo’s luscious take on “My Funny Valentine” and Billy dueting with 4-time Grammy Award winner India.Arie on “Carefully Taught.”

If you’re in the New York City area, Billy and India.Arie will be doing a CD signing at the Barnes & Noble on the Upper East Side in Manhattan on Monday. Details below.

New York! Come join me and @indiaarie at @barnesandnoble next Monday to celebrate the release of the album!
A post shared by Billy Porter (@theebillyporter) on Apr 11, 2017 at 1:27pm PDT