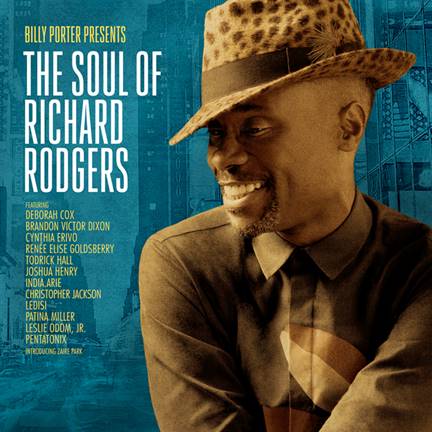 The new album is Billy’s 4th studio album, and his first as producer and content curator.

“I like to think of this as the Richard Rodgers version of the Hamilton Mixtapes,” Porter said. “These are classic songs that everybody knows and loves, and I’m so excited for people to hear them in a brand new way.”

Tony and Grammy Award-Winner Billy Porter’s new studio album, Billy Porter Presents The Soul of Richard Rodgers, will be released April 14, 2017 and will be available for pre-order tomorrow (Friday, March 3), it was announced today by Bee & El and Sony Masterworks Broadway.

The complete track listing for Billy Porter Presents The Soul of Richard Rodgers:

3. “If I Loved You” (Renée Elise Goldsberry & Christopher Jackson)

4. “With a Song in My Heart” (Brandon Victor Dixon & Joshua Henry)

The pre-order for the album begins today, with an expected April 14 release date. Pre-order now on iTunes and immediately download Billy’s reinterpretation of “Edelweiss.”

Listen to “Edelweiss” below: