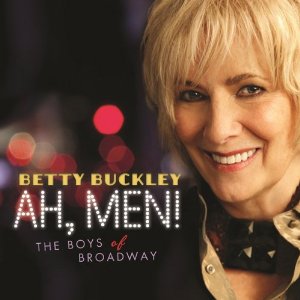 Like Betty, I’m from Fort Worth, Texas, and we both attended the same high school – although not at the same time.  But in the 1970s – with successes on Broadway and TV already – she made a stop by Arlington Heights High School and spoke to our drama class.  She spoke about acting and then, in an impromptu moment, sang for us unaccompanied.  I was transfixed, and a fan of her voice (and acting) from that moment on.

When I was appearing on Broadway in Hello, Dolly!, Betty was giving her breathtaking performance as “Norma Desmond” in Sunset Boulevard.  During the run of Dolly! many stars came backstage to say ‘hello’ to Carol Channing.  I’d see them meet her on the stage after the curtain came down after the show as I had to cross the stage from my dressing room to the stage door.  The only time I ever stopped and stuttered a ‘hello’ to anyone was when Betty Buckley came backstage. It was my chance and I took it. And she was as gracious then as she is today.

I recently discovered that Tennessee Williams admired Betty’s work. On the blog “Follies of God,” James Grissom shared with his readers that Tennessee had this to say about Betty Buckley:

Her singing voice is a wonderful example of that intercourse that exists only with a singer: When a singer is in possession of a great talent and an honest intensity of purpose, nothing can prevent the relationship between song and singer from taking place, with all of us voyeurs to the consummation.

She owns her material, but she doesn’t grasp it so tightly that we can’t also share in it, love it, feel to it. I find her a radiantly pure singer.

She helps me to the fog. I feel she belongs to me now.

I recently had the chance to interview Betty about her new CD, her current appearances around the country and her upcoming UK premiere of Jerry Herman’s Dear World at Charing Cross Theatre.

You can listen to the interview tomorrow night on The Candi & Randy Show, but here are just a few of Betty’s thoughts on the new CD:

• The inspiration for the new CD goes back to her young crush on Russ Tamblyn in the movie of West Side Story: “When I first saw the movie of West Side Story, I was about 14 and I was just in love with Russ Tamblyn who played “Riff.”  Everything about him as “Riff” – I thought he was the coolest guy ever.  And it went way beyond a crush.  I wanted to dance like him, walk like him, talk like him.  I wanted to be a Jet.”

• When asked if there’s a male role in the music theatre catalog she’d like to do, she doesn’t hesitate: “I think I could be a really dangerous Sweeney Todd.”

• On heading to London to star in the UK premiere of Dear World: “I’m really excited about it.  I’ve known about this for about a year and a half.   It will be a revised/new version of the show.  It’s going to be really beautiful, I think.  I’m really excited.”

I reached out to Broadway legend Jerry Herman for his thoughts on Betty starring in the new production and Jerry had this to say:

Betty has been appearing across the country singing songs from the new CD.  Find the nearest concert date on her website – www.BettyBuckley.com.

Lucky for me, she’ll be performing at The Smith Center here in Las Vegas November 15-18.  Can’t wait to see her sing these great songs.

You can hear the full interview and several of the songs from the new CD by listening tomorrow night on The Candi & Randy Show – 9pmEST/6pmPST.

Check out the new CD on Amazon by clicking here.