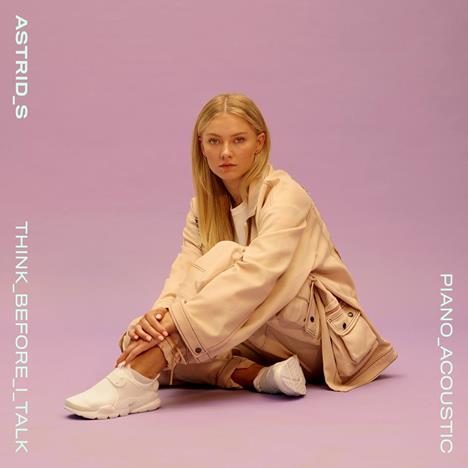 Check out the new single from 20-year-old Norwegian pop star Astrid S, “Think Before I Talk.”

The video is shot entirely in one take following Astrid as she performs the song to camera, moving through a backdrop of dreamlike, neon-drenched rooms.

Who’s ever regretted something said in the heat of an argument?

“It’s a song about saying things you don’t mean because you are hurt, frustrated or maybe angry. I hope that a lot of people can relate to this song, and that next time you are about to say something in the heat of an argument, you remember to think before you say something hurtful.”

Astrid S has also released an acoustic version of the track. You can check that out on Spotify here.