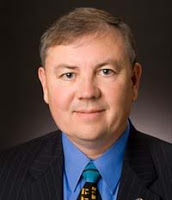 It did seem like they were pretty silent on the sidelines so far. Now the GOP steps in.

Via the Sante Fe New Mexican:

Republican Sen. William Sharer of Farmington said a lawsuit will be filed, potentially by the end of the week, seeking a court order to stop County Clerk Lynn Ellins.

“It has to do with a county clerk cannot make law. That is the Legislature’s job,” said Sharer, who sponsored a constitutional amendment in 2011 to define marriage as between a man and woman.  He said more than two dozen GOP lawmakers have agreed to join the lawsuit. It likely will be filed with the state Supreme Court, but Sharer said lawyers were trying to decide the best legal strategy.

New Mexico’s laws do not explicitly allow or prohibit marriage for same-sex couples.

To date, Dona Ana County has issued 91 licenses to same-sex couples, many of whom traveled from other counties across the state and Texas.

Gay marriage is an interesting political issue for the state. New Mexico leans left politically, but there are many moderate to conservative Democrats in the rural parts of the state. According to recent polling, New Mexico supports marriage equality 46-43.