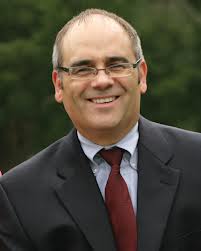 Gusciora said he has been opposed to putting a civil rights question like marriage equality up to a popular vote. But the Assemblyman — New Jersey’s first openly gay legislator — said his constituents asked him to change his mind in light of last month’s election results. “I am the last person who believes civil rights should be on the ballot, but civil rights delayed is civil rights denied,” Gusciora said. “The timing is right. There is broader acceptance.” Modeled after the Maine ballot question, the bill, (A3611) would need support in both houses of the Legislature and Gov. Chris Christie’s signature to become law. The measure would then be added to the following election-year ballot. Gusciora said he expects the governor would sign his bill. Christie does not personally support gay marriage but has said he would sign a bill giving voters the right to decide the issue. “This is exactly what the Governor wants,” he added.

Said Christie in January: “Let’s put the question of same sex marriage on the ballot. It shouldn’t be decided by 121 people in Trenton.”

In November, NJ Senate Majority Leader Loretta Weinberg disagreed with a ballot strategy, saying: I still don’t believe we should put civil rights onto a referendum.”

Polls have shown that voters both support same-sex marriage, and would like to vote on it.