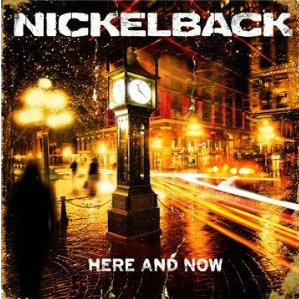 The new album from the Canadian hard rockers.

Produced by Nickelback and recorded at Mountain View Studios, Vancouver, BC, Here and Now is Nickelback s seventh studio record and is the follow up to 2008 s widely successful Dark Horse which has been certified three-times platinum.

“When you listen to this record, it sounds like it could be from four different artists,” says Chad Kroeger. “We always try and do the same thing: We try to do something heavier than we’ve ever done, more melodic than we’ve ever done, every single time we do this, and I think we’ve achieved it again.”