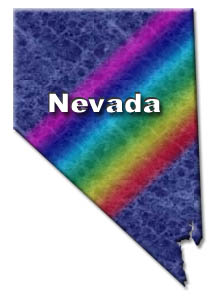 Gov. Brian Sandoval a statement saying he agreed, and that it’s clear the state’s arguments are no longer defensible in court.

In a statement, the attorney general explained the decision, saying that another recent decision of the court “sets a new standard of review for cases in the Ninth Circuit.”

In that case, involving jury selection, the 9th Circuit held that “heightened scrutiny” would be given to constitutional challenges to government classifications based on sexual orientation — a decision Cortez Masto determined, as had most legal commentators, would apply to the challenge to Nevada’s marriage amendment.

“After thoughtful review and analysis, the State has determined that its arguments grounded upon equal protection and due process are no longer sustainable,” Cortez Masto said in Monday’s statement.

“In the wake of the Ninth Circuit ruling in SmithKline Beecham v. Abbott Laboratories, the Governor has recognized that the writing is on the wall, and that arguments seeking to perpetuate discrimination are becoming extremely difficult to justify. Denying marriage to same-sex couples serves no legitimate state interest and is intended solely to perpetuate discrimination. As the Governor himself recognized, the heightened scrutiny standard that the Ninth Circuit’s SmithKline ruling now requires be applied to discriminatory classifications based on sexual orientation renders arguments supporting the marriage ban no longer tenable, and the Governor frankly made the only call he could.”

In Sevcik v. Sandoval, Lambda Legal, joined by pro bono co-counsel from O’Melveny & Myers LLP and Snell & Wilmer LLP, represents eight same-sex couples challenging Nevada’s law banning marriage for same-sex couples. The lawsuit argues that barring same-sex couples from marriage violates the Due Process and Equal Protection Clauses of the U.S. Constitution. A U.S. District Court judge granted Nevada Gov. Brian Sandoval’s motion to dismiss the lawsuit in November 2012, and Lambda Legal appealed the decision to the Ninth Circuit. The State submitted its brief supporting the marriage ban to the Ninth Circuit on the same day as the Court’s ruling in SmithKline.