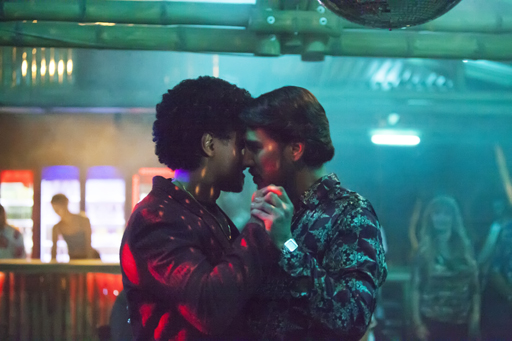 Netflix dropped the 3rd season of Narcos over the weekend, a fictionalized account of the rise of drug-trafficking in Latin America, and it’s clear I have some catching up to do.

In a scene near the end of the first episode, the audience gets a sexy display of power and authority.

Feared drug cartel leader “Pacho Herrera” enters a nightclub and basically dares everyone in the place to disrespect him as he grabs another male patron for a sensual, sexy, cheek to cheek, hip to hip tango.

And then there’s the kissing.

“It was a way to show how crazy this guy could be and a little dessert before [the kill],” says actor Alberto Ammann, who has played Pacho since the show’s first season but who didn’t really get to explore his sexuality until now as his part had been smaller in the previous years that concentrated on the take-down of Medellin drug lord, Pablo Escobar. (According to investigative reporter William C. Rempel’s book, At the Devil’s Table: The Untold Story of the Insider Who Brought Down the Cali Cartel, the real Pacho was out, proud and oversaw the group’s most gruesome deaths).

“When you saw the girls and guys watching the couple dancing and kissing, there’s so much in their looks,” Ammann adds of his dance routine with actor Maurho Jimenez Mora. “Nobody laughs or moves a hair because they know this guy is terrible and very violent and he’s doing this for respect and to shut up everyone.”

It’s not Season 1 Episode 6 of Sense8, but it’s way sexy. And the series has my attention.

Watch the scene below. 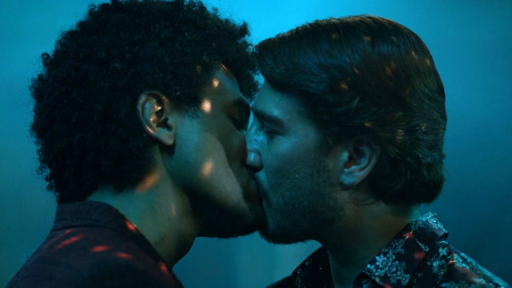