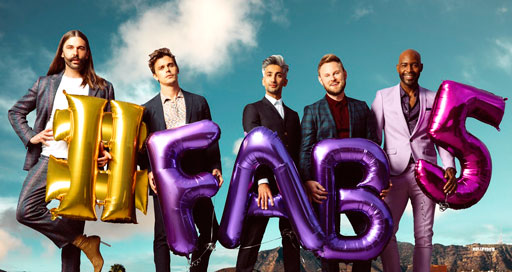 Less than 24 hours after receiving 4 Emmy Award nominations for the much-lauded reboot of Queer Eye, Netflix has announced there will be a third season of the ‘make better’ reality show.

The reality show celebrated Emmy nods in the categories of Structured Reality Program, Casting, Picture Editing and Cinematography. It’s hard to believe its been 14 years since the groundbreaking series was honored with its first Emmy win for Best Reality Show.

CAN YOU BELIEVE? We’re honored to be nominated for 4 #Emmys including Outstanding Structured Reality Program 🌈✨ don’t mind us as we sit in a bathtub to collect all our tears 😭😭😭
A post shared by Queer Eye (@queereye) on Jul 12, 2018 at 9:54am PDT

According to Deadline, production for season three will shift from Atlanta, Georgia to begin in Kansas City, Missouri, on July 16.

The new season is scheduled for 2019, but you can watch all of season 1 and 2 now on Netflix.