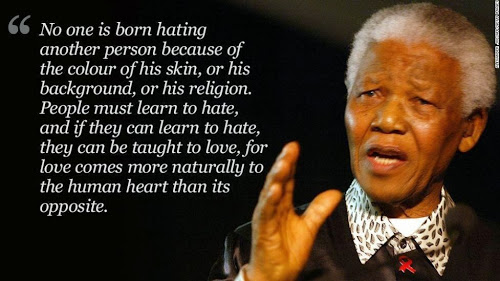 From Yahoo News: Former South African President Nelson Mandela has died at age 95 of complications from a recurring lung infection.

The anti-apartheid leader and Nobel Peace Prize laureate was a beloved figure around the world, a symbol of reconciliation from a country with a brutal history of racism.

Mandela was released from prison in 1990 after nearly 30 years for plotting to overthrow South Africa’s apartheid government. In 1994, in a historic election, he became the nation’s first black leader. Mandela stepped down in 1999 after a single term and retired from political and public life.

Upon hearing the news, U2’s Bono said: “He was an idealist without – naiveté, a compromiser without being compromised.”