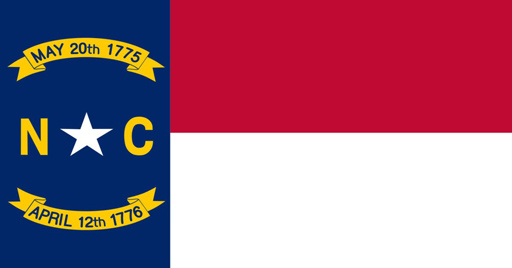 The NCAA Board of Governors has “reluctantly” voted that North Carolina’s fake repeal of anti-LGBT law HB2 is enough to lift the boycott of any championship games in the state.

In August of 2016, the NCAA Board of Governors instructed the relocation of NCAA championships scheduled in North Carolina during the 2016-17 academic year because of the cumulative impact HB2 had on local communities’ ability to ensure a safe, healthy, discrimination-free atmosphere for all those watching and participating in our events.

Last week, the elected officials of North Carolina enacted compromise legislation that repealed HB2 and replaced it with a new law, HB142, that addressed a number of the concerns that led to the relocation of the NCAA championships. As with most compromises, this new law is far from perfect.

The NCAA did not lobby for any specific change in the law. The Board of Governors, however, was hopeful that the state would fully repeal HB2 in order to allow the host communities to ensure a safe, healthy, discrimination-free atmosphere for the championship sites. While the new law meets the minimal NCAA requirements, the board remains concerned that some may perceive North Carolina’s moratorium against affording opportunities for communities to extend basic civil rights as a signal that discriminatory behavior is permitted and acceptable, which is inconsistent with the NCAA Bylaws.

In the end, a majority on the NCAA Board of Governors reluctantly voted to allow consideration of championship bids in North Carolina by our committees that are presently meeting. The NCAA championships previously awarded to North Carolina for 2017-18 will remain in the state. The board, however, directs that any site awarded a championship event in North Carolina or elsewhere be required to submit additional documentation demonstrating how student-athletes and fans will be protected from discrimination.

It’s worth noting that for some unfathomable reason (other than LGBT animus), the newly passed HB142 blocks cities/townships/local municipalities from passing any protections for LGBTQ people until 2020. For what good reason is this clause included in the legislation?

And even after that period passes, local governments will still be blocked from guaranteeing trans people are able to safely use bathrooms that align with their gender identity.

How this isn’t seen as the definition of LGBTQ discrimination escapes me.

“The NCAA’s decision to backtrack on their vow to protect LGBTQ players, employees and fans is deeply disappointing and puts people at risk,” said HRC President Chad Griffin. “After drawing a line in the sand and calling for repeal of HB2, the NCAA simply let North Carolina lawmakers off the hook.”

“It is disappointing to see the NCAA backpedal after it stood strong against the deeply discriminatory HB2,” said Equality NC Executive Director Chris Sgro. “HB142 continues the same discriminatory scheme put forward by HB2 and does little to protect the NCAA’s players, employees, and fans. The NCAA’s decision has put a seal of approval on state-sanctioned discrimination.”