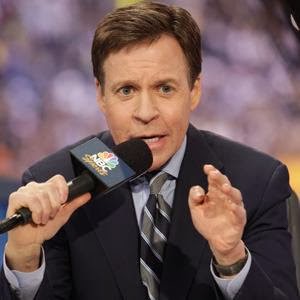 The Huffington Post is reporting that NBC Sports anchor Bob Costas said yesterday at a press event that NBC will not ignore Russia’s anti-gay laws during their coverage of the Sochi Olympics:

“If Putin doesn’t drag his butt into the studio, then we’ll talk about it without him,” Costas said during an Olympics press preview.

“But if he shows up, we’d rather talk to him. Wouldn’t you rather hear it from the horse’s mouth? I would. That’s what I was trying to say.”