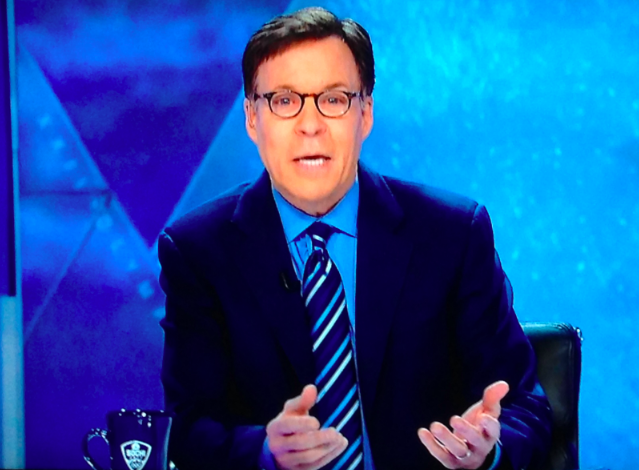 During NBC’s coverage last night, Bob Costas finally took a moment to comment on the state of human rights in Russia, one the first times during the Sochi Olympics wherein the network has acknowledged the issue on air.

The Sochi games have gone much better than many feared and predicted. So far security has held fast, venues have been praised, athletes and spectators have almost unanimously cited the warmth and hospitality of their hosts. All of which is truly wonderful but should not serve to obscure a larger and more lasting truth.

While in many significant ways, Russian citizens have better lives than Soviet citizens of a generation ago, there’s is still a government which imprisons dissidents, is hostile to gay rights, sponsors and supports a vicious regime in Syria – and that’s just a partial list.

The Sochi games are Vladimir Putin’s games, from their inception to their conclusion, and all points in between. And if they are successful on their own terms, as appears to be the case, then at least in some corners it will help to burnish the image of a regime with which much of the world takes significant issue. No amount of Olympic glory can mask those realities any more than a biathlon gold medal, though hard-earned and deeply satisfying as it is, can put out the fires in Kiev.