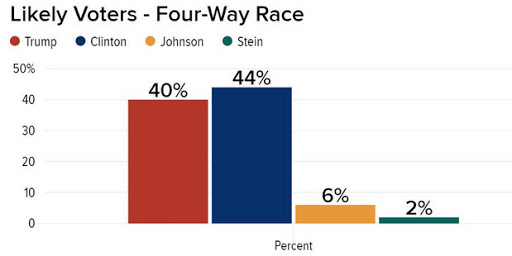 NBC News reports that Democrat Hillary Clinton heads into the final 48 hours of the presidential campaign with a four point lead over Republican Donald Trump.

While I’d certainly rather an eight or ten point lead,  Hillary is better off four points ahead than four points behind.