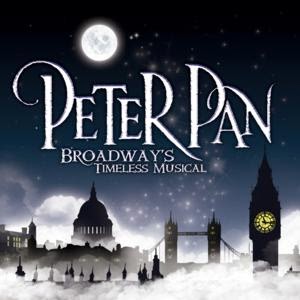 BroadwayWorld has the details:

“We’re very pleased to be underway on ‘Peter Pan’ as our next live holiday musical for the whole family,” said NBC Entertainment Chairman Robert Greenblatt. “We were all delighted to see how ‘The Sound of Music Live!’ struck such a chord in December and brought nearly 19 million people to the live telecast plus another several million viewers over the weekend. In the hopes that lightning strikes twice, we think we’ve landed on another great Broadway musical – which ironically also starred Mary Martin – that is a timeless classic for all audiences, young and old, who just never want to grow up.”

“We’re thrilled to be reteaming with NBC and Bob Greenblatt in bringing ‘Peter Pan’ back to its roots as a live television event,” said Zadan and Meron. “We hope to create the joy that has made this musical so beloved. We would like a whole new generation to experience ‘Peter Pan’ and for families across the country to share the magic.”

Featuring the iconic songs “I’m Flying,” “I’ve Gotta Crow,” “I Won’t Grow Up,” and “Never Never Land,” and a book full of magic, warmth, and adventure, PETER PAN is the perfect show for the child in all of us who dreamed of soaring high and never growing up.

The broadcast is scheduled for December 4, 2014.

Casting is currently underway although no names have been attached yet.

Post your opinions here – who would you cast in the leading roles?  Good choice for the next “live” TV musical?