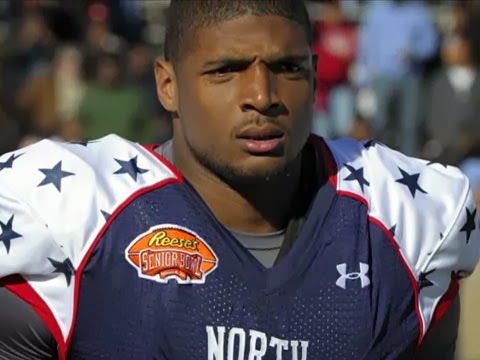 Super-statistician Nate Silver of FiveThirtyEight gives openly gay NFL-hopeful Michael Sam a 50/50 chance of being picked in the NFL Draft which begins Thursday:

I looked at what happened to projected sixth-round picks since 2005, as according to the Scouts Inc. draft board. Specifically, I looked at defensive ends and outside linebackers, the two positions that Sam might play in the NFL. (That some scouts regard Sam as a “tweener” is one reason he may not be drafted highly.)

There were 67 such players between 2005 and 2013. Of those, 37 players — 55 percent — were not drafted. Twenty-four others were drafted between the fifth and seventh rounds, while six were chosen in the fourth round or higher. Only about 10 percent were chosen in the sixth round exactly.

Silver says that if Sam isn’t chosen in the draft it will be difficult to pin point exactly why: Skill? Size? Gay? But – if Sam is neither drafted nor picked up as free agent, that could indicate that something other than his skills are being evaluated.

In the end, Silver says if he had to he would bet on Sam more than likely being drafted than not because in the end, a player only needs one team to draft him.

Fingers crossed this week for Michael Sam that a team takes a chance on a good man.