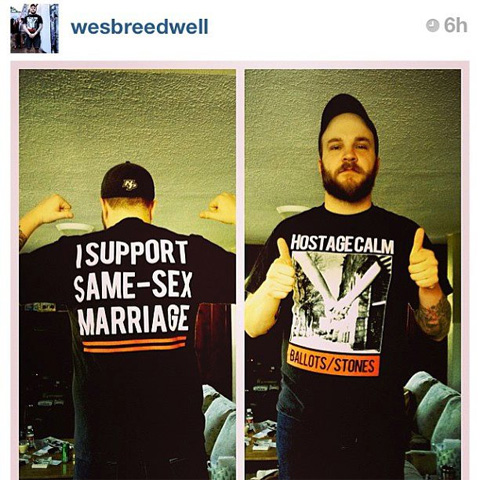 Wes Breedwell, a seven year employee of a Nashville music venue was fired for wearing a t-shirt for the rock band Hostage Calm because the shirt advocated marriage equality.

Wrote Breedwell on Instagram: “Got fired from Rocketown today. Social media is what did it. So here is a picture to show my support for equality and free speech including social media. Cheers to my friends for having my back through all of this. #sevenyears”

Here’s a picture of Breedwell being written up by his superior: Since the firing, Hostage Calm has issued a statement in support of Breedwell:

Today, on Martin Luther King Jr. Day, a longtime supporter of Hostage Calm and marriage equality was fired from his job at the Nashville music venue, Rocketown, for wearing his “I Support Same-Sex Marriage” shirt to work. A friend from Nashville contacted me about the situation and told me of Wes Breedwell, this seven-year employee of Rocketown who now finds himself the victim of discrimination. We called this brave man to hear his story, demonstrate our support, and figure out how we can help.

What I heard from him was a long pattern of discrimination against him for not being Christian and for supporting marriage equality. Rocketown is a Christian-owned non-profit community center and venue: not a church. And yet, over the seven years he has worked there, he’s been denied opportunities for advancement and salary based on his non-Christian beliefs. Today, Rocketown fired him for wearing this shirt commemorating equality (along with his non-Christian activity on social media pages). Wes emphasized that employees routinely wear band shirts at Rocketown. So why did this shirt cause such a problem?

It’s important to note that they didn’t fire him for wearing A SHIRT. They fired him because of what that shirt stands for. For what that shirt threatens.
This shirt represents an idea that all people have the right to live their lives without being told who to love and whose love is more valuable. It represents equality under the law. It represents the freedom to choose.

So how could a youth center not support such a vital, foundational understanding of human freedom and equality as part of their social mission? Hostage Calm has played Rocketown multiple times. In my prior visits, I was under the impression that Rocketown was a positive force in this Nashville community: they had a music venue, skatepark, and other outlets for Nashville youth. But a youth center and music venue cannot be a positive force in the community if it degrades and belittles the value of some of our people based on sexual orientation or gender identity. That is the force that tears communities apart, not that enriches them.

I originally planned to make a post today about Dr. King, the status of his Dream, and how we can all work together to realize equality in modern America. This unfortunate event demonstrates that Dr. King’s Dream is still under threat, and that the struggle of the LGBT community for equal standing under the law is a Civil Rights issue of our time.

Hostage Calm promises to do everything in its power to raise awareness and challenge this injustice in Nashville. We will certainly never play Rocketown again. We’ll continue to post more information as Wes and H.C. take further action. For now, you can help by reposting his story to shine a light on this injustice, and by boycotting the venue. Most of all, please send all your support to Wes Breedwell and his fight for justice. 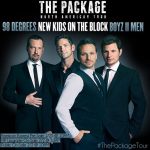 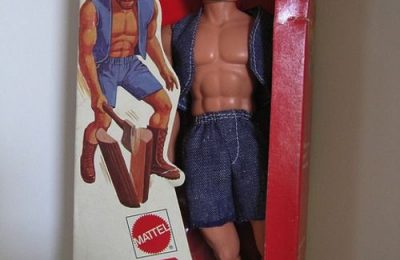 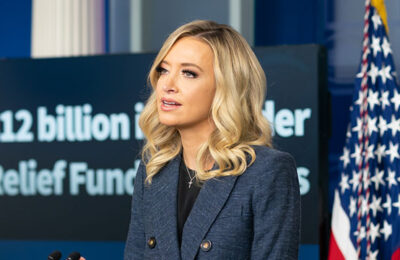 Trump Press Secretary Has Voted By Mail 11 Times Since 2010 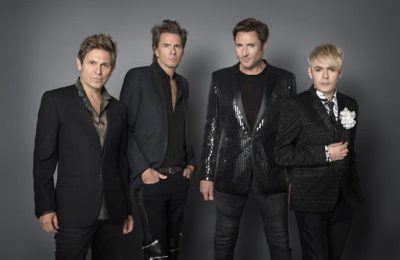