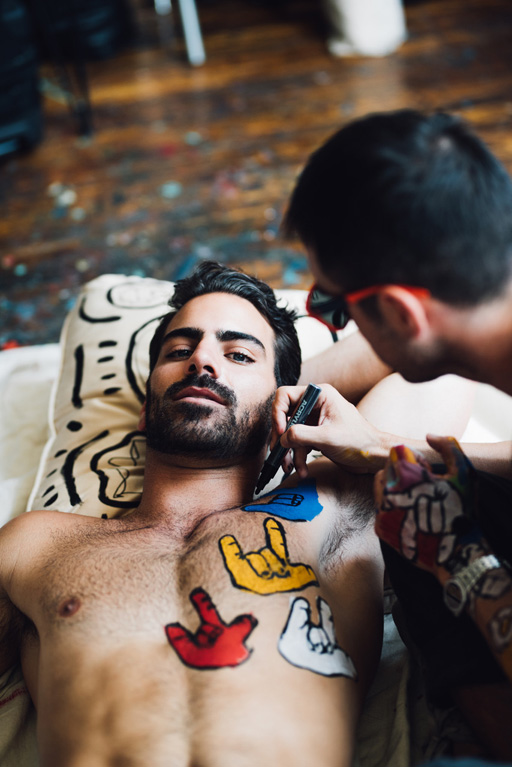 Posing naked for the camera, the handsome model and activist was covered with the phrase ‘I love you’ in American Sign Language with body paint by artist Cacho Falcon sending a message of support to the LGBTQ deaf community.

In his interview, DiMarco points out some of the immense challenges that deaf people face in a hearing world.

“There is a massive number of people, groups of people, who are not being heard or who are overlooked. Despite the power of social media, which could be a useful tool to educate people, we’ve become so divided and so afraid to open up, listen, and communicate. We need to start listening to each other.

“How can 466 million people with hearing loss join in on that conversation and find their ‘identity’ if they are denied access to what they’re saying? Often there are not interpreters at Pride events for Deaf LGBTQ people and allies. The best solution is to have Deaf and people with disabilities involved in organising Pride events.” 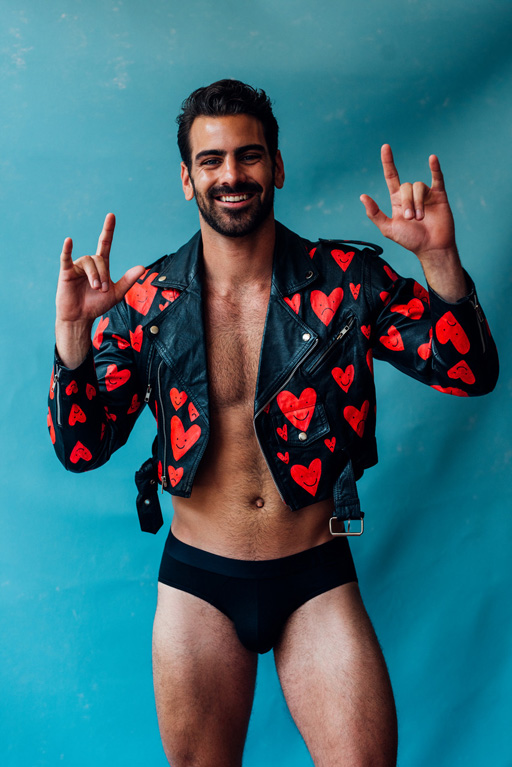 On growing up deaf, the 29-year-old says, ““I’m the fourth generation in my family that is Deaf. My two brothers, parents, grandparents, and great grandparents are all Deaf.”

Calling American Sign Language his native language, DiMarco shares that “ASL gave me the language foundation I needed for success from an early age.”

“Growing up with ASL I was able to dictate my life, able to define myself, and able to identify myself as Deaf Queer with pride and confidence – without language and communication barriers,” he added. 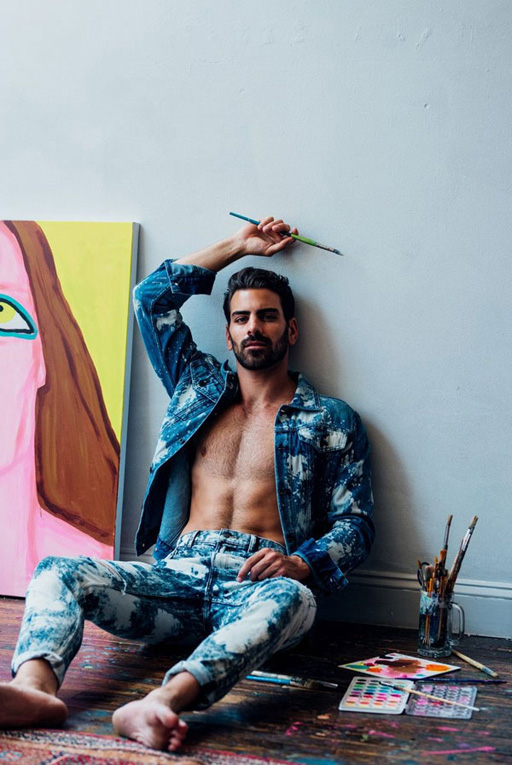 Talking on the intersectionality of being both deaf and queer, DiMarco believes there should be greater participation of people with disabilities in the planning of LGBTQ Pride events.

“Often, we are deprived of information due to lack of captioning. We miss important information. When an inspiring LGBTQ role model speaks at a huge LGBTQ event on national television, we miss that information. I think that does take a toll on our LGBTQ pride and can be easily fixed.”

“I remember back in the day YouTube was one of the biggest platforms where people could openly discuss their sexuality, but there were no captions. How can 466 million people with hearing loss join in on that conversation and find their ‘identity’ if they are denied access to what they’re saying?”

“Often there are not interpreters at Pride events for Deaf LGBTQ people and allies. The best solution is to have Deaf and people with disabilities involved in organising Pride events.”

And when it comes to sexual identity, DiMarco calls for more education on the concept of sexuality as a spectrum. “When a person asks me what being fluid means, I always tell them that there is no one right way to define fluidity,” said the outspoken activist. “There needs to be more positive representation of male fluidity. Everyone should feel represented and valued and that has a lot to do with who we see on screen.”

Explaining he has always felt “different,” he shares that he never talked about sexuality because he had no role models. “When I started talking about it, it got much easier,” said DiMarco. “It helped me discover my identity. Talking about it also helped me realize that despite not having role models growing up, I could be one for the future generation.”

You can head over to Gay Times for more from the sexy hottie. Check out a behind-the-scenes video below for more of yummy Nyle DiMarco.