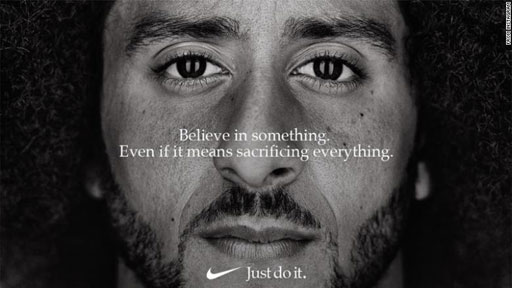 I know it’s early in the day here on the west coast, but this is officially my favorite thing today.

You may have heard about Nike’s new campaign featuring NFLer Colin Kaepernick with the phrase, “Believe in something. Even if it means sacrificing everything.”

Obviously harkening back to Kaepernick’s kneeling during the national anthem at NFL games, the spot thrilled equal rights fans and incensed the Trumpers.

(pssst… It’s not boycotting if they already got your money).

And then, there’s this guy.

Me walking past white people in my Nike’s pic.twitter.com/n6YNfrMzWH