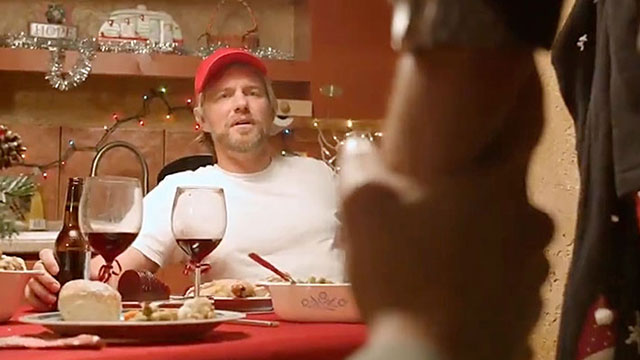 One of my favorite discoveries in 2020 while scrolling through the land of Twitter was finding this gem of a song, “Uncle Carl (Came Out On Christmas)” by country music artist Aaron LaCombe.

I’m re-upping my interview with LaCombe because I really, really encourage you to stop and take a listen. Also, LaCombe is donating 50% of all proceeds from the song this year to The Trevor Project.

The music video is from country music artist Aaron LaCombe whose Twitter bio reads, “I write the songs that make most people mildly uncomfortable.”

I figured I was probably going to like this.

In the video, ‘Uncle Carl’ comes out during a Christmas Day dinner (right before the Cowboys game) and it turns out that while the younger family members knew the what’s what, Carl’s brother is caught totally flat-footed by the news.

The song has an oh-so-comfortable hook, LaCombe’s vocals are confident and on-point, and the lyrics offer a touch of humor amid the song’s musical journey.

Mom and grandma got up next and cleared the plates without a sound
And us remaining, we said ‘We love y’all both and dad will come around’
One by one we filled the TV room spilling out into the hall
The Cowboys lost, of course, which didn’t help at all…

I grew up in Texas, so I know a little something about country music. You can’t fake it when it comes to country – either the heart and soul are there or they aren’t.

And speaking of heart and soul, LaCombe showed some of his when a promotions company told LaCombe they couldn’t work with him on ‘Uncle Carl’ due to their ‘faith-based’ views. Our hero clapped back in no uncertain terms.

Since this is what it’s like to put a song about a gay couple out into the world, I can’t imagine what my @LGBTQ friends go through on a daily basis. #Unclecarlcameoutonchristmas pic.twitter.com/okK4xSuuK5

I reached out to LaCombe to ask about the video and its message. It turns out the video came out a year ago, but he just hadn’t been able to get the song and video out to the right folks.

The LGBTQ ally was gracious to answer my questions about the song, its inspiration, and more.

The Randy Report: I just discovered your song “Uncle Carl Came Out On Christmas.” What a perfect balance of catchy melody, pitch-perfect vocals, and lyrics that land with authenticity. What inspired the song?

Aaron LaCombe: Thank you very much! A couple of years ago I was invited to participate in a Christmas Songwriting Contest. I maybe take myself a little too seriously as a songwriter, so the idea of writing a Christmas song just seemed cliche to me and I wanted to sort of see if there was a way to make it catch people off guard.

I took cues from some experiences some close friends and family have had, and once I got started I found myself on a tightrope of making it a little bit funny, a little sad, and a little sweet.  It came in dead last at the contest, which is when I started to think I might really have something.

TRR: I totally appreciated the visuals in the music video. From the home’s holiday decor to the band’s on-point Christmas sweaters and the dad’s red hat, it all rings so true. I also love that the boyfriend is the most properly dressed for the occasion. How did the video come together?

AL: We can thank countless hours of watching Roseanne for all the visuals. The way that first shot circles the dining room table as everyone is sitting down is no accident. A friend’s media company called NMCO out of Las Cruces, NM shot it, and the characters are a mix of paid actors and friends.

Joshua, who played ‘Uncle Carl,’ was hired and I’d just met him that day, but the part he was playing was very close to home for him. He told me that doing take after take of that dinner scene brought him right back to his own coming out.  I think that authenticity is what makes the video feel so real. The whole cast and crew were in tears shooting that last scene, myself included. 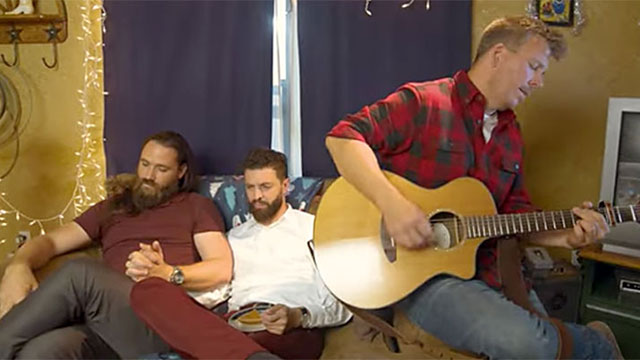 TRR: Your Twitter profile reads, “I write the songs that make most people mildly uncomfortable,” which I love. Can you expand on that a bit?

AL: I’m a big fan of getting to the point of things in my songs, and I think people just aren’t used to that, particularly in modern country music. The people that like my stuff seem to really like it, but it’s not for everyone. I’d be lying if I said I didn’t get a lot of joy from playing “Uncle Carl” in front of some of these rural Texas audiences.

AL: Coffee, a certain amount of time to myself, and my girl who is somehow understanding of that and very supportive all at once.

“The truth is the shortcut to everything.” Sometimes it’s the hardest thing to live by, but it’s a real time-saver in the end.

TRR: Tell me about your upcoming album Outside Dog.

AL: It’s the exact opposite of the last record I put out, in that it’s pretty light-hearted for the most part. I’ve written countless songs in the last year, but I chose the ones that weren’t going to drag the listener down any further than the world already has this year. I like to say, it’s from a world where the worst thing that can happen is you get your heartbroken. That’s enough for this year. 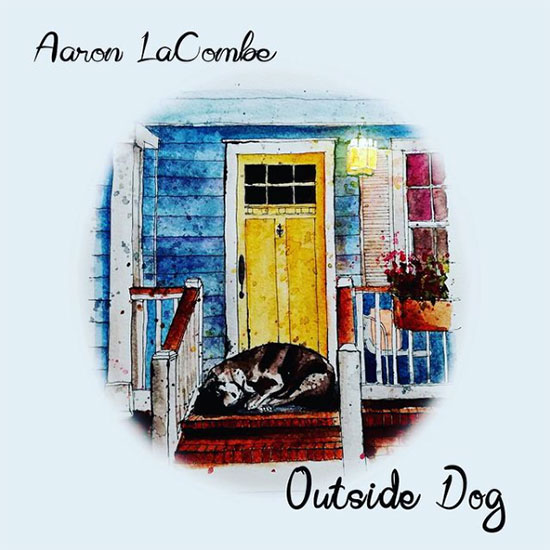 Discovering ‘Uncle Carl’ was one of those happy accidents that happen on the interwebs. Trust and believe, Mr. Aaron LaCombe has a new fan.

His latest album, Outside Dog, is available now on all digital platforms.