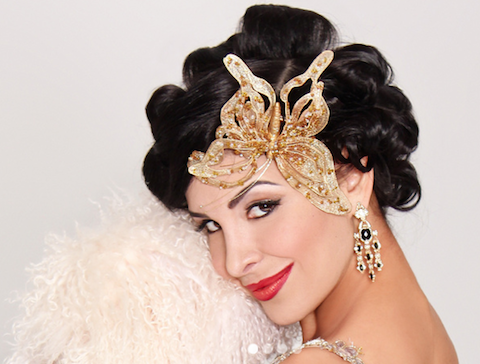 Mayra Verónica first made a name for herself as an international model, posing for the covers of FHM, Shape, Cosmo, and Maxim. Mayra’s sexy covers caught the attention of U.S. soldiers overseas, prompting an invitation to join the USO tour. The troops’ “favorite pin up girl” became so popular, she was named the official spokesmodel for the Bettie Page Clothing line.

With chart-topping dance club hits including “If You Wanna Fly” and “Freak Like Me,” Mayra recently signed with Simon Cowell’s label Syco Music and released the track “Mama Mia,” which is already soaring internationally.

Check out the video below. I love the mashup of vintage and new footage shot in a very retro style. Mayra is bringing 1950s Cuban to the new millennium. Very cool.