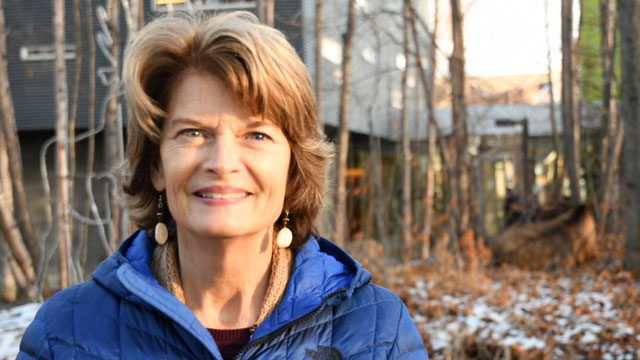 “For weeks, I have stated that I would not support taking up a potential Supreme Court vacancy this close to the election,” Murkowski said in a statement. “Sadly, what was then a hypothetical is now our reality, but my position has not changed.”

“I did not support taking up a nomination eight months before the 2016 election to fill the vacancy created by the passing of Justice [Antonin] Scalia,” she continued. “We are now even closer to the 2020 election – less than two months out – and I believe the same standard must apply.”

Donald Trump has already announced he will nominate a new justice in the next few days, and Senate Majority Leader Mitch McConnell has pledged “President Trump’s nominee will receive a vote on the floor of the United States Senate.”

McConnell can afford to lose three Republican votes and still confirm a Trump nominee, but four ‘no’ votes would force him to wait until a lame-duck session after the election.

In a statement dictated to her granddaughter days before her death, Ginsburg said: “My most fervent wish is that I will not be replaced until a new president is installed.”