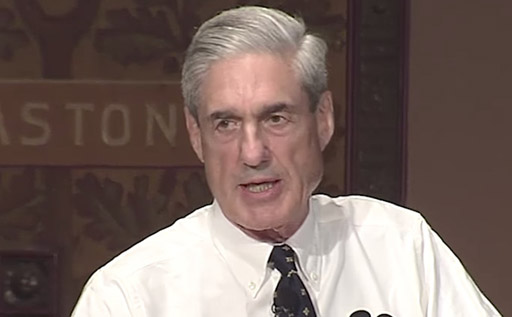 Politico reports former special counsel Robert Mueller will testify in public before the House Intelligence and Judiciary Committees on July 17:

Mueller was served with a subpoena after the Democratic-led committees and the former special counsel failed to agree on terms for his voluntary public testimony.

“Americans have demanded to hear directly from the special counsel so they can understand what he and his team examined, uncovered, and determined about Russia’s attack on our democracy, the Trump campaign’s acceptance and use of that help, and President Trump and his associates’ obstruction of the investigation into that attack,” Judiciary Committee Chairman Jerrold Nadler (D-N.Y.) and Intelligence Committee Chairman Adam Schiff (D-Calif.) said in a joint statement.

Robert Mueller has agreed to testify before Congress pursuant to subpoena.

Russia attacked our democracy to help Trump win. Trump welcomed and used that help. As Mueller said, that should concern every American.

And now, every American will get to hear directly from Mueller.

BREAKING: Robert Mueller will testify before Congress on July 17.
SOON TO BE BREAKING; White House blocks Mueller from testifying on July 16.