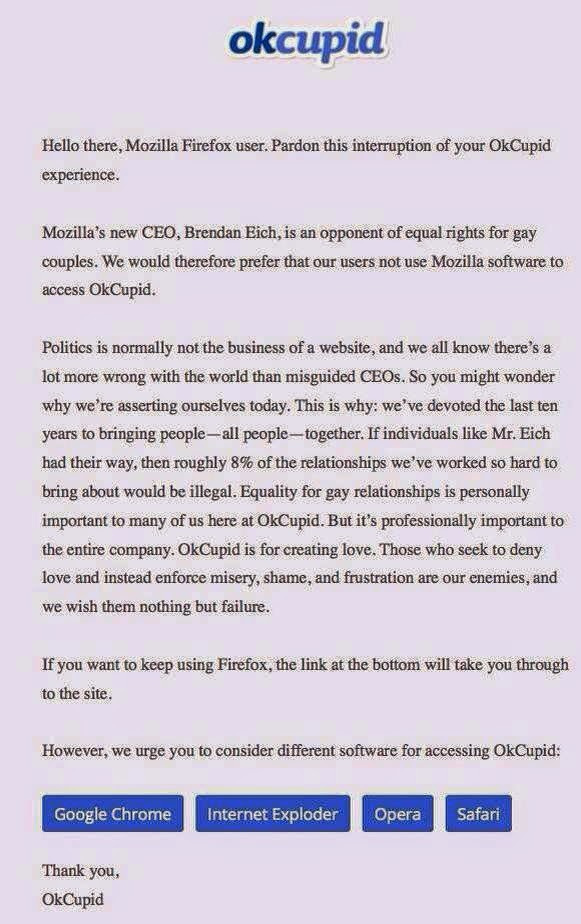 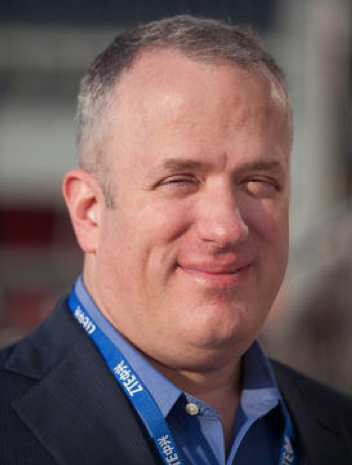 In what could have been an attempt at damage control, new Mozilla CEO Brendan Eich talks to CNET in his first interview since the media firestorm began regarding his 2008 donation to Proposition 8 aimed at taking marriage rights away from gays and lesbians in California.

Unfortunately for Eich, the interview does little to tamp down the furor over the news of his donation. Mozilla has, by nature, always held a principle of inclusiveness by the sheer fact of being an open source web browser and allowing developers to contribute to the project that is Firefox.

But Eich refuses to address the crux of the current debacle: his position on marriage equality.  When asked, he dodges.While  he does share that he’s sorry for “causing pain,” he dodges again when asked if he would donate to a Prop 8-style campaign again.

Two things. One is — without getting into my personal beliefs, which I separate from my Mozilla work — when people learned of the donation, they felt pain. I saw that in friends’ eyes, [friends] who are LGBT [lesbian, gay, bisexual, or transgendered]. I saw that in 2012. I am sorry for causing that pain.

The other thing is imagine a world without Firefox. Mozilla is under a threat here. We don’t know how big. If Mozilla cannot continue to operate according to its principles of inclusiveness, where you can work on the mission no matter what your background or other beliefs, I think we’ll probably fail. A world without Firefox and without Firefox OS and without our approach to putting the user at the center of cloud services instead of having users get pulled into walled gardens — I think that would be a pretty dark world. I would encourage people to think about that, even if they have a hard time understanding me or meeting me at the Mozilla mission and working on the common cause.

Eich goes on to brag that he’s “the best person for the job” of being CEO for Mozilla and that he feels he’s doing a great job.

Fallout at this point includes a boycott by website OKCupid, a petition signed by over 70,000 people asking for Eich to reverse his position publicly or step down, and a public withdrawal by developers Rarebit from the Firefox OS.